The Case for Shadow IT

By
Rich Hogan
on

In 2017, I wrapped up my career as someone else's employee. I had started as a contract worker and left them as the VP of Business Development. In addition to my daily work tasks, I examined how large enterprises made software purchasing decisions during those years. I learned that many working in enterprise roles (myself included) were limited in their ability to improve efficiency and outcomes due to their company's software purchases or the lack thereof. How sad is this reality: IT departments, a committee, a boss, or someone other than the end-user can easily impose constraints that negatively impact workers.

It shouldn't surprise anyone that ambitious workers are actively on the lookout for ways to:

When an IT department or a committee makes a software purchase without understanding the incentives listed above for all parties involved or decides not to purchase software when it would assist with the items above, the company and the worker suffer. Whether productivity, ability to perform a task, or motivation to show up to work diminishes, the worker knows they've been shortchanged. When this happens, workers have a few choices:

Sometimes people do a combination of these options. From what I've seen, the last option is what most people have been doing for the past decade. It's probably the smartest, least disruptive option. It has a name: Shadow IT.

Shadow IT In Broad Daylight

People may get fired for participating in Shadow IT if it violates a company policy. And understandably so. With data regulations and the need to keep security and privacy a top priority, many organizations can't afford the risks associated with Shadow IT. However, I can't help but recognize that the tech world has encouraged and enabled it more and more over the last decade. Software-as-a-Service (SaaS) products have all but taken over the world. There are 1-1,000 pieces of software for almost any task or job you can imagine (there are roughly 16,000 SaaS companies in the US alone). Gartner's research shows that spending on SaaS grew from ~$120.7B in 2020 to ~$145.5B in 2021 and forecasts ~$172B in 2022. For more context, in 2015, that number was just ~31.5B.

What exactly is all this spending doing for the buyers? It's unlocking the benefits and providing the solutions legacy software solutions fail to deliver.

Who are the buyers of SaaS? They are people from all walks of life in all job roles.

With these statistics in mind, it's no wonder that SSO and other platforms like Okta, OneLogin, 1Password, and various identity and password management solutions have been so successful. People are hiring apps to solve their problems. Sometimes as many as 80! Companies have no choice but to adjust their security and privacy policies to allow for the use of SaaS, or they will not be able to compete with those who are. Enter Zapier.

From my perspective, Shadow IT wouldn't be what it is today if it weren't for Zapier. I believe more so than any other product, Zapier has empowered people to:

Zapier is Shadow IT's BFF. An accomplice, at least. If you haven't heard of Zapier, you should visit their site and see how it works. It is a secure platform for connecting over 5,000 apps to automate workflows. It allows you to take one app's core functionality and extend it by connecting it to another app. Depending on how much you want to spend, you could create a chain of 100 connections. For example, when you get a new lead from Facebook, you can automate:

This series of actions would require a whole bunch of manual work without Zapier. That, or it would require a custom software solution that addresses all your data and workflows.

The beauty of Zapier is that it allows a non-technical person in a small or medium business to create the kinds of outcomes that, traditionally, only a sizeable, IT-heavy enterprise could create.

Need Help With Your Shadow IT?

If you need help bringing your business into the light of the digital transformation, chances are Enrollsy can help. We minimize the number of SaaS products required to run an enrollment-based or instructor-led business while offering integrations that enable you to extend Enrollsy far beyond its shrinking list of limitations.

Eight ways to eliminate friction at the point of sale to increase enrollment and drive customer satisfaction.

Co-founder and CEO of Enrollsy, Inc. Rich is a lifelong learner who loves to solve problems by sorting through clutter and looking for patterns. Never afraid to ask "What if?", he's developed his grit and honed his skills over 20 years working direct with consumers, large enterprises, and now with small and medium sized businesses. With a strong collective unconsciousness, Rich's confidence comes from knowing we are all connected and part of a bigger picture. He is mostly seen outside of work with his family or at church but also enjoys alone time for musing, art, and reflection. Wherever he is, he is accompanied by a mental hum that drives him forward.

Curious how Enrollsy would work with your specific use case? Schedule a free demo and we'll answer your questions and help you find out. 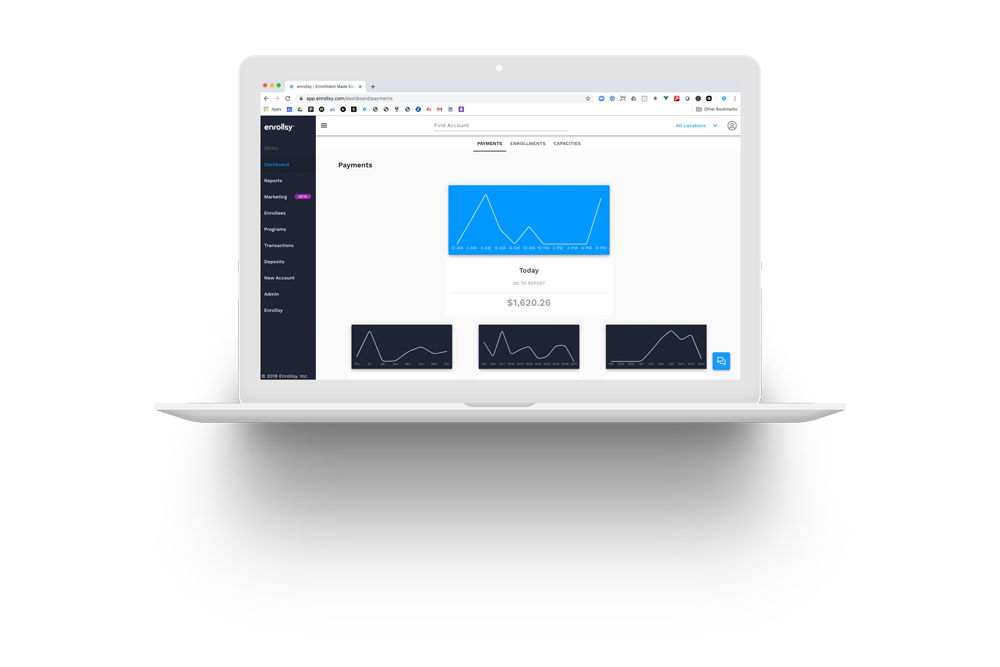